Are you looking for one of the best online casino’s in 2022? Then Spin Samurai Online Casino Review might be one of the best options on the market. Read our in-depth guide and learn everything about the games, bonus, slots and other information about this casino. 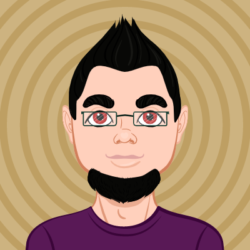 Derrick Dane
Casino reviewer at Freeslotscentral.com
Derrick Dane is one of our most experienced online casino reviewers. He has played at and reviewed casinos from all over the world, and he knows what makes a great gaming experience. When Derrick's not playing or reviewing games, he enjoys spending time with his wife and two young children.

Only reputable iGaming developers that openly disclose its payout rates are used by SpinSamurai. The SpinSamurai website, the websites of the various developers, as well as the majority of the games, all provide this information. Although it’s not always the case, this is a good sign because it implies that the developers have nothing to hide. The majority of the slots in the SpinSamurai games room have a Return to Player (RTP) of above 95%, with many of them edging closer to 98.5%. According to the game and the provider, table gaming commissions might range from 0.5 percent to 5 percent. The best rewards can be found in games like blackjack, french roulette, and punto banco baccarat, but many variations of poker and sic bo also pay out well. Several significant iGaming developers as well as more than a dozen smaller ones supply the casino’s games. This contributes to one of the largest and most diverse gaming rooms available, with over 3,100 titles and every kind of card game, slot machine, dice game, and game of chance you could imagine. Just a few of the developers that SpinSamurai hosts are listed below, along with some of the titles that make their inclusion worthwhile: Playtech is the largest iGaming provider in the world, and it has a hand in a variety of games, including table games, slots, and live casino action. The Kingdoms Rise series, which combines numerous great slots into a single fantastical realm with unlocks bonus features and multiple significant progressive jackpots, is one of the most thrilling games to come from Playtech in recent years. All of the live dealer games at SpinSamurai are produced by Evolution Gaming, the industry leader in live casino gaming. Along with traditional casino games like Roulette, Blackjack, Baccarat, and more, many of which have been given an exclusive Evolution Gaming spin, Dream Catcher, Monopoly Live, Deal or No Deal, and other gameshow-based titles are now available. Betsoft: When it comes to gorgeous 3D slots, there is no competition. Over the years, this imaginative developer has released a number of ground-breaking games, including the game-changing Max Quest: Wrath of Ra as well as the breathtakingly beautiful The Slotfather and A Night in Paris. NetEnt: Everyones favorite developer is responsible for a wide range of fantastic titles, including the glittering, cosmic Starburst, and the adventurous Gonzos Quest, the latter of which uses NetEnts famous Avalanche mechanic, which combines a chain reaction feature with an expanding multiplier. Wazdan: A productive, prolific developer that creates over a dozen new titles a year, most of which find their way onto casinos like SpinSamurai. With Wazdan games, you can change the aesthetic, the font size, and even the variance. You have more control over how these slots look, feel, and play than any other slot from any other developer. Big Time Gaming: BTG is probably not a name that will immediately jump out at you. This developer doesnt have a vast roster like that of Playtech and it hasnt reached the heights of Betsoft when it comes to industry awards and prestige. But this is the creator responsible for the Megaways game mechanic, best seen on slots like Bonanza Megaways, and that makes it a worthwhile inclusion in any online casino games room. Yggdrasil Gaming: A Scandinavian developer with a growing global following. Yggdrasils inventive games include the Vikings go Berzerk series, which helped to make this developer a household name, as well as similarly themed classics like Age of Asgard. Blueprint Gaming: One of the most exciting developers in recent years, Blueprint has launched an abundance of slots themed around classic nostalgic licenses, including Worms Reloaded, from the famous Team 17 game of the same name to The Goonies, from the iconic 1980s adventure flick. As noted above, this is just a small selection of the top developers supplying games for SpinSamurai. You can also find all of the following: bGaming Vivo Gaming Felix Gaming Lucky Habanero Platipus MrSlottyiSoftBet EGT Quickfire Relax Gaming Casino Technology Thunderkick Fantasma Pragmatic PlayPlayreels Tom Horn Amatic Booming Games Nucleus Gaming Endorphina FugasoiGTech Playson NoLimit City Lucky Streak Igrosoft Snowborn

SpinSamurai offers a variety of games including the following in addition to a huge selection of slots and a lively live casino: Online poker: Play against the house in a game of five card draw poker. With high payouts available for strong cards like a Royal Flush, these games allow you to play anywhere from one and several hundred hands at once. Bingo is among the simplest games to play online and adapts flawlessly to the interactive setting. Sic Bo: A three-dice game of chance that dates back thousands of years. Even while it can be challenging to learn, playing online games like those at SpinSamurai is a terrific way to become used to this Chinese classic. Keno: You can select the number of balls you want to bet on and the size of the jackpot you want to go for in this instant lottery-like game. They make up a relatively small portion of the enormous games room at this casino, but they add some extra variety and allow seasoned gamers more options. You can play these games for as little as a few cents or as much as several hundred dollars. With high stake live casino and virtual casino inventions, you can raise the bet even higher if you consider yourself a high roller.

SpinSamurai has gone above and beyond to accept a broad variety of payment options in an effort to attract to gamers from many countries. These include widely used payment methods like debit and credit cards, as well as regionally restricted ones like iDebit and Interac, which are accessible in Canada. Other widely used payment methods include Skrill, Neteller, Bitcoin, and PaySafeCard. You can also use a variety of alternative web wallets and instant transfer methods, as well as mobile payments like Siru. The deposit requirements are a single transaction minimum of 20 and a maximum amount of 4,000. Similarly, the minimum withdrawal amount is set at 20, and the maximum withdrawal amounts are set at 10,000 per week and 15,000 per month. However, one of the excellent things about these withdrawal limitations is that they won’t merely be rejected, unlike many other online casinos. To ensure you receive your money as soon and easily as the withdrawal limitations let, the casino will simply handle your withdrawal in a series of instalments. For instance, you would receive 15,000 per month for three months if you withdrew 45,000 in a single month.

You receive the SpinSamurai welcome bonus in two installments over the course of your first three deposits. It all depends on your bet size and whether you generally make deposits of 50 or more at once. If so, you’ll receive a matched deposit bonus of 125%, 100%, and 80%, each with a maximum of 200, 150, and 100. Additionally, you will receive a total of 80 free spins to utilize on a few particular bGaming games. There is a smaller welcome bonus available if 50 is too much. This incentive is likewise divided into three deposits, returning 60%, 60%, and 50% of each deposit, with a 20% cashback. The smaller promotion is a wonderful alternative if the 50 maximum is too much for you (you shouldn’t ever drastically increase your deposit merely to get a bonus), as it is less generous. The promos don’t end when your welcome bonus does, as they do at all reputable online casinos. Both new and devoted gamers receive rewards. First, there is a weekly promotion that offers all current users a 50% matched deposit bonus (up to 100) on Fridays in addition to 30 free spins to be played on bGaming slots. This incentive is a terrific method to increase your funds and has a minimum deposit requirement of 15. You can advance in the SpinSamurai loyalty program by using the money from the Friday bonus. The loyalty program, which is based on a warrior’s trip, places all new members at the apprentice level, where they can start their adventure after receiving a wooden sword. After that, they can accumulate points and progress toward becoming a ninja or samurai, at which point the points and rewards rise.

What is there to dislike? All of the features that contemporary casino players want are present in spades on SpinSamurai. The extensive collection of casino slots and table games, as well as the live casino provided by Evolution, are some of its features. There’s a strong chance you won’t discover many hundreds of slots here that you haven’t played or even seen before, even if you’ve been around the block and have played hundreds of slots on dozens of casinos. On a desktop computer or a mobile device, you can access the SpinSamurai online casino. You can access the site using a mobile browser without having to download an app. The majority of the games have been made to be played on mobile devices, and many of the content providers for the casino are mobile software companies. These days, it’s difficult to find that kind of diversity and distinctiveness, so this Curacao-licensed casino will undoubtedly draw a lot of gamers. Additionally, SpinSamurai provides all new players with a sizable welcome bonus, a ton of reload bonuses, and a loyalty program, so that’s not the only draw. Additionally, you may fund your SpinSamurai account in a variety of ways, withdraw funds quickly and easily, and use both bitcoins and conventional fiat currencies. Overall, SpinSamurai is a very reliable online casino that we endorse to all gamers looking for a distinctive and comprehensive gaming experience.

What are the most popular betting slots in June 2022?
7 months ago
Popular games